Michael Alterauge and his trained foresters carry out forestry work of all kinds: this includes not only felling trees to preserve the forest stock, but also transporting the wood later or clearing it up after a storm. The Drolshagen entrepreneur has also specialised in felling so-called problem trees, which are mostly located in residential areas and pose a danger to people, houses or gardens.

Letting a tree climber with a chainsaw do this work is not only physically very strenuous, but also often dangerous. Michael Alterauge therefore decided to buy a Theo25. Thanks to its working height of 25 metres and enormous lateral reach, it is now possible to remove trees that were previously only accessible using rope-assisted climbing technology. Due to its compact dimensions, the Theo requires little space and, due to its low dead weight, causes no major damage even on areas with little compaction. 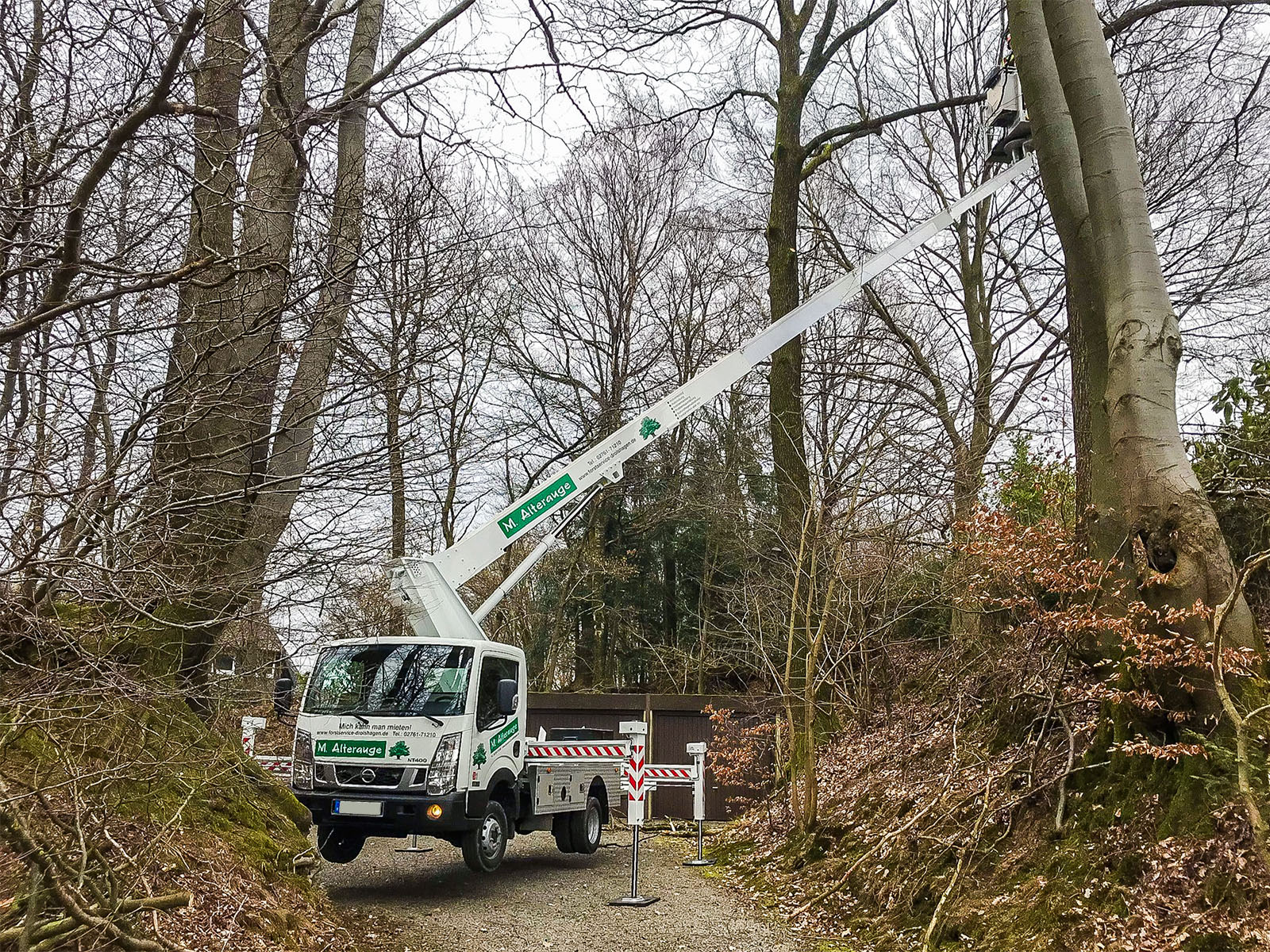 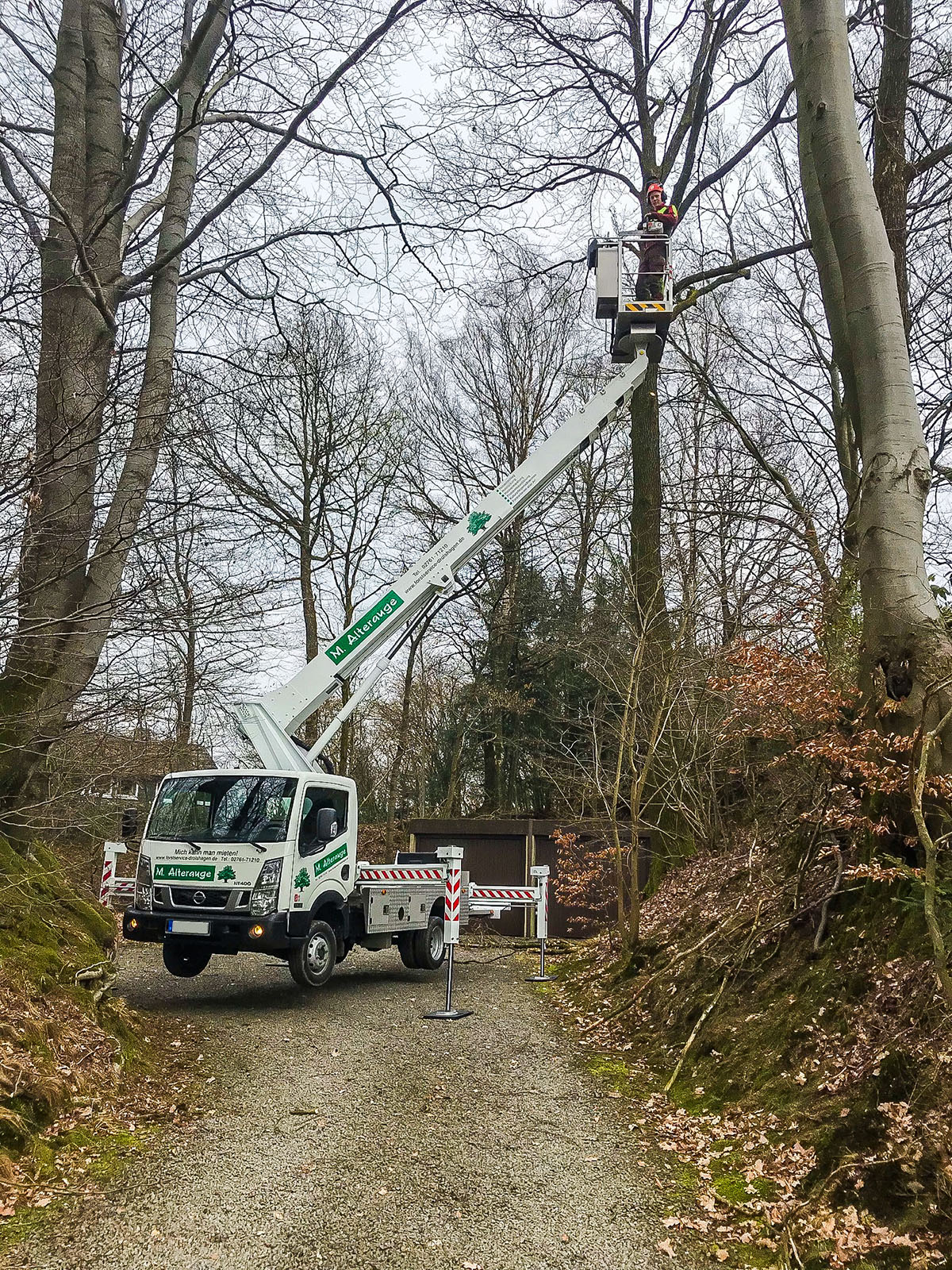 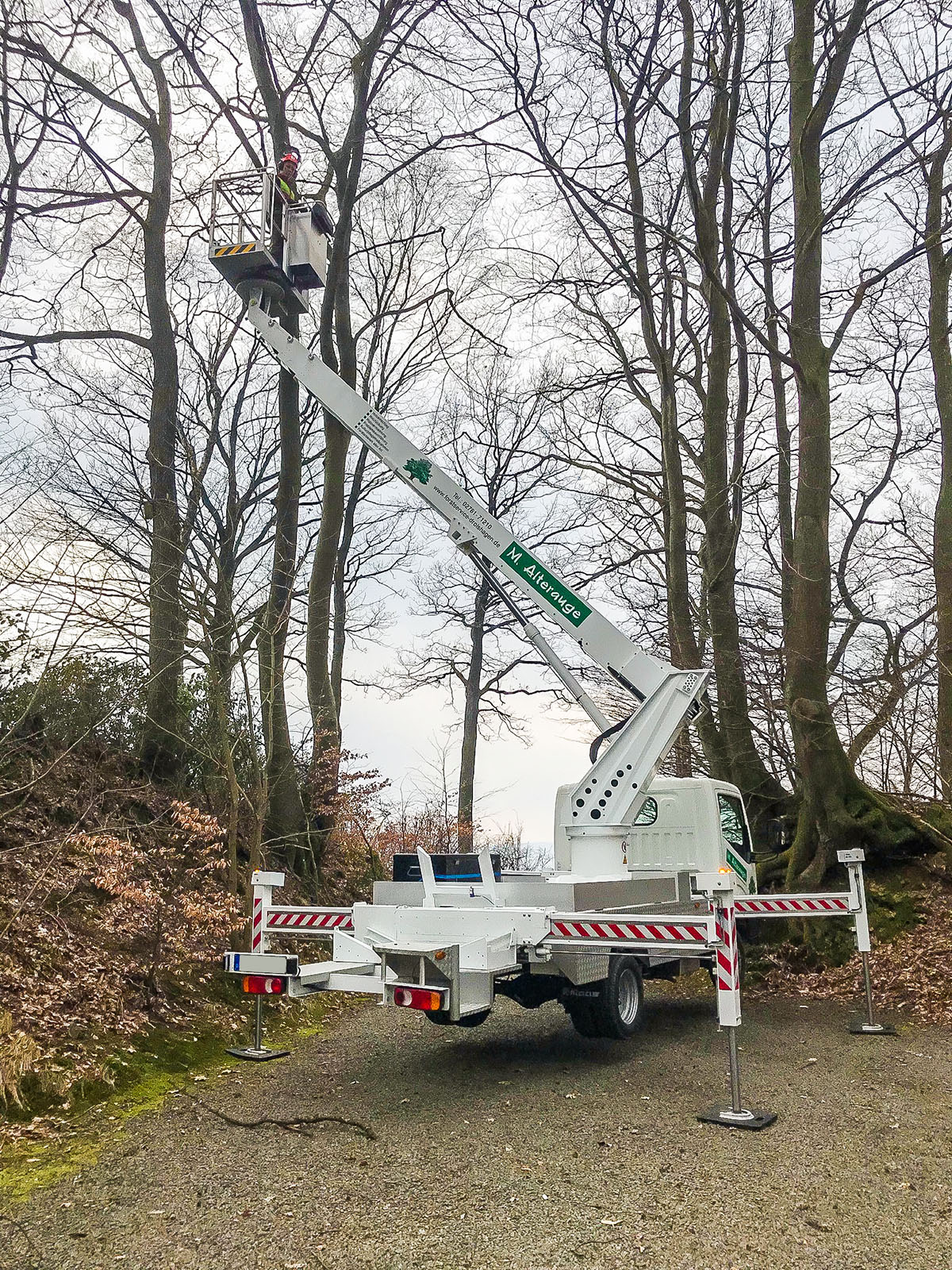 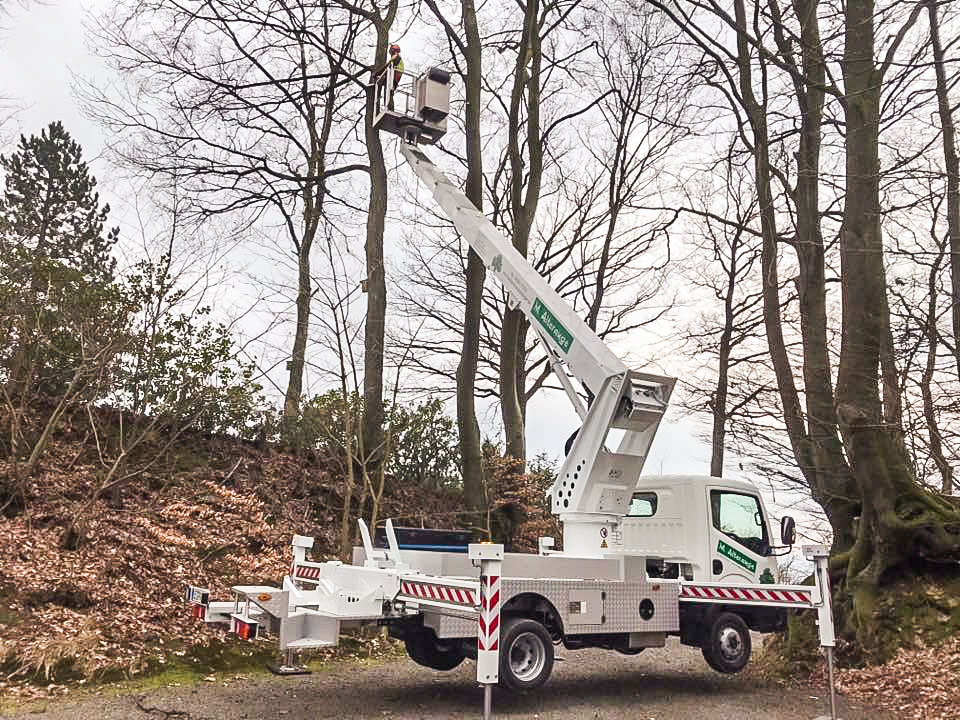 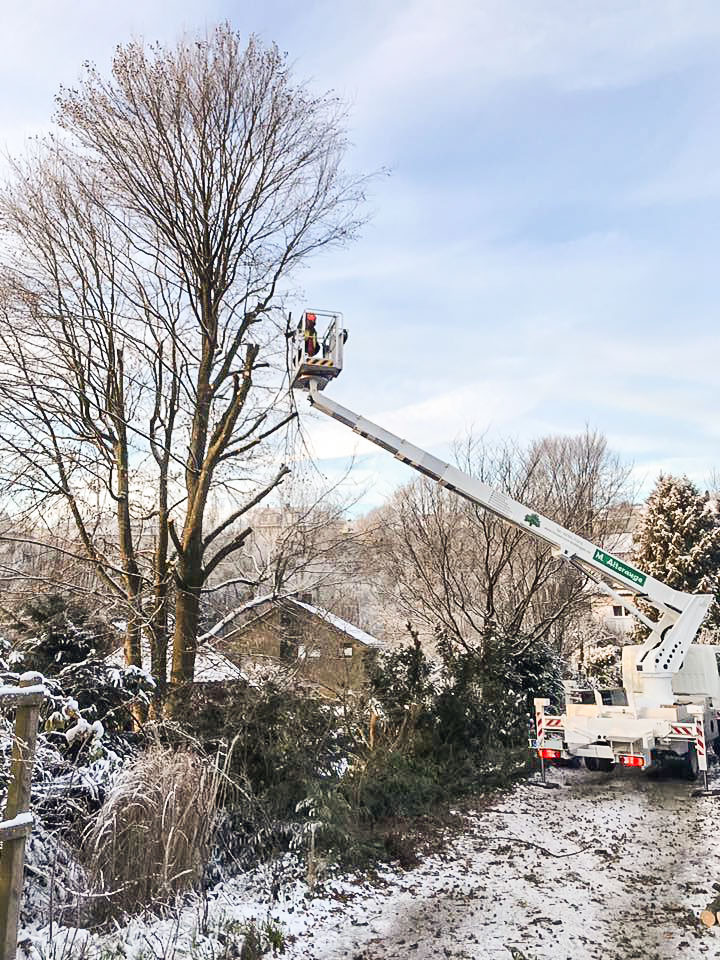 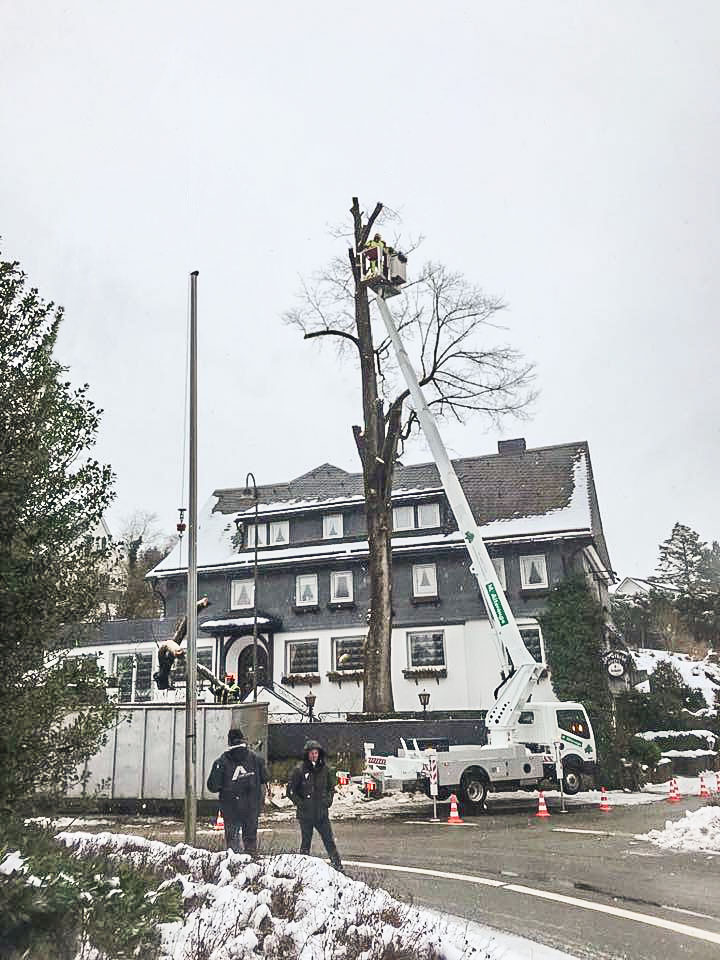 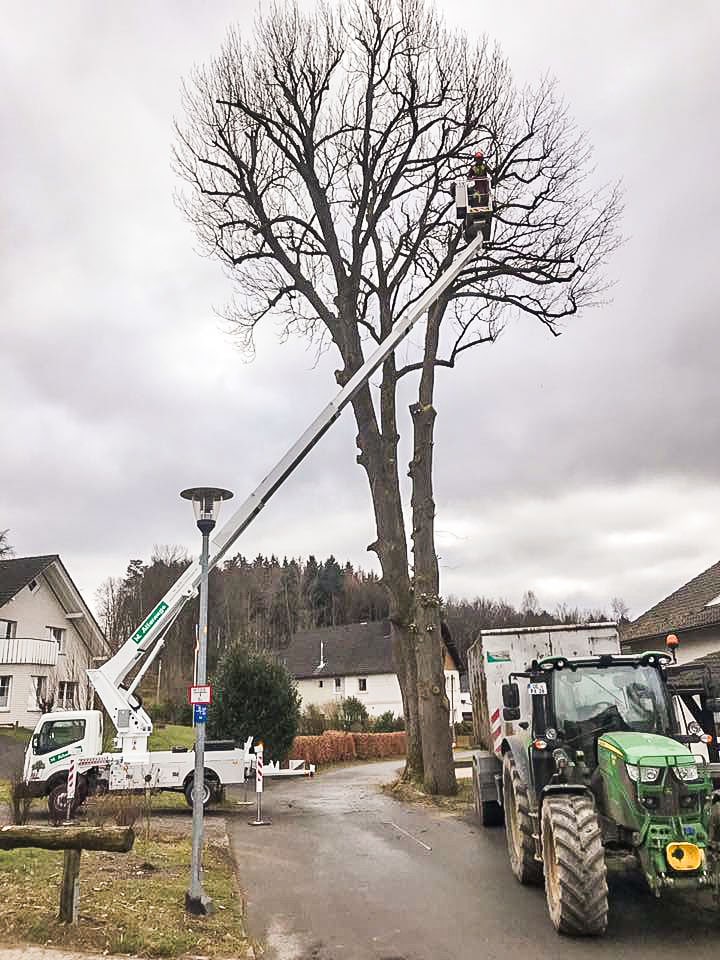 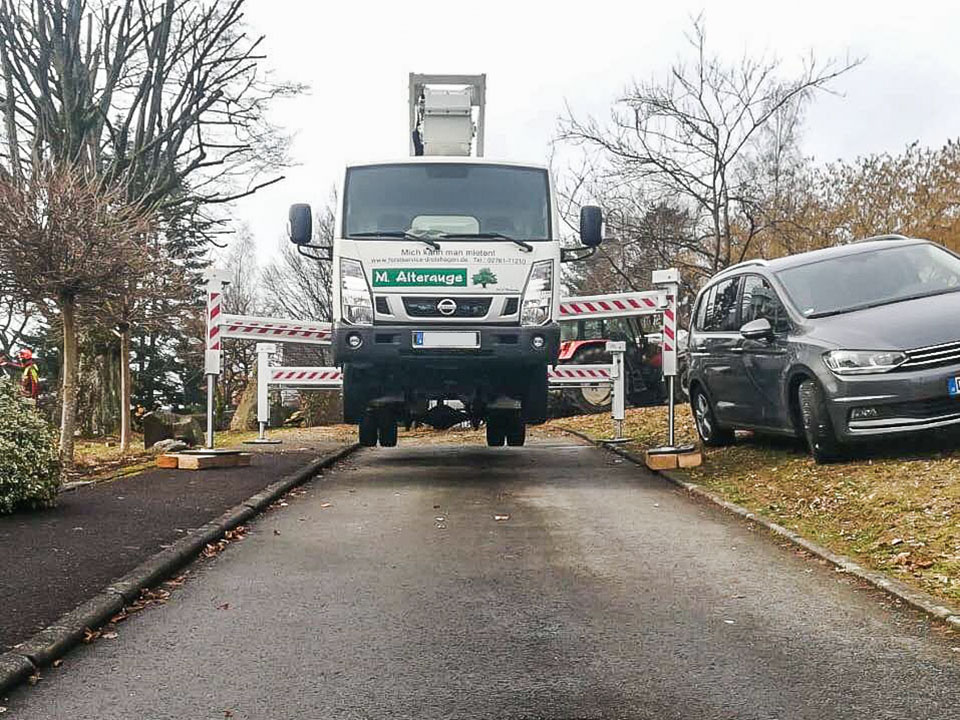 Felling tall trees in narrow residential areas is always a big challenge and should only be done by experts. Since the Theo has a rear reach of 19 metres, we can remove trees threatened by falling down bit by bit without endangering my employees or the surrounding buildings.

“
Michael Alterauge, Business owner
Elevating work platformsProduct sheet Theo25
Do NOT follow this link or you will be banned from the site!
We use cookies to ensure that we give you the best experience on our website.
accept more info